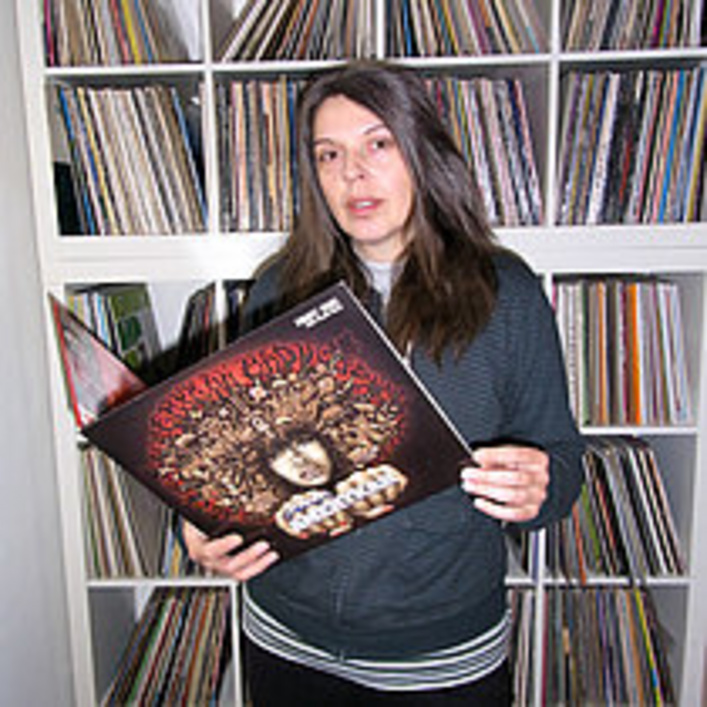 Waltraud Blischke, born in 1967, worked in the specialist music supplies business after achieving her A-levels. During her studies of Political Science, Theatre, Film and Televisual Science and Art History at the University of Cologne, she began to pen texts for the magazines Spex and Stadtrevue. Since completing her studies, she has been working as a DJ in music bars and clubs.

Alongside projects with the Cologne labels a-Musik and Sonig, there followed concepts and lectures on the theme of aesthetic-discursive musical mediation, as well as collages of sound material from recordings.

On the occasion of Cologne Music Night 2011, there was an audiovisual show on the paradigm transformation affecting the pharmacy cross symbol. On request from the Chaos Computer Club, she presented a musical lecture on The Art of Sound Hacking for SIGINT 2009, as an analysis of artistic hacking, and in 2006 she gave a lecture on sampling and related aesthetic strategies during the Russian-German Festival of Electronic Music in Murmansk. For Cologne University radio, she created an experimental DJ set using video gamelan music and breakcore, and has also presented obscure Christmas music in a number of radio broadcasts.

Working as an author for the Testcard pop music anthology since 2011, she has recently been dedicating herself to the phenomenon of eDigging. Moreover, she has served on music juries, and is currently developing publication projects on various special subjects.

Since 2012, Waltraud Blischke has been an assistant professor for Music and Text at the Institute For Music And Media of the Robert Schumann School of Music and Media Düsseldorf, analysing journalistic formats and music-related text forms together with the students.