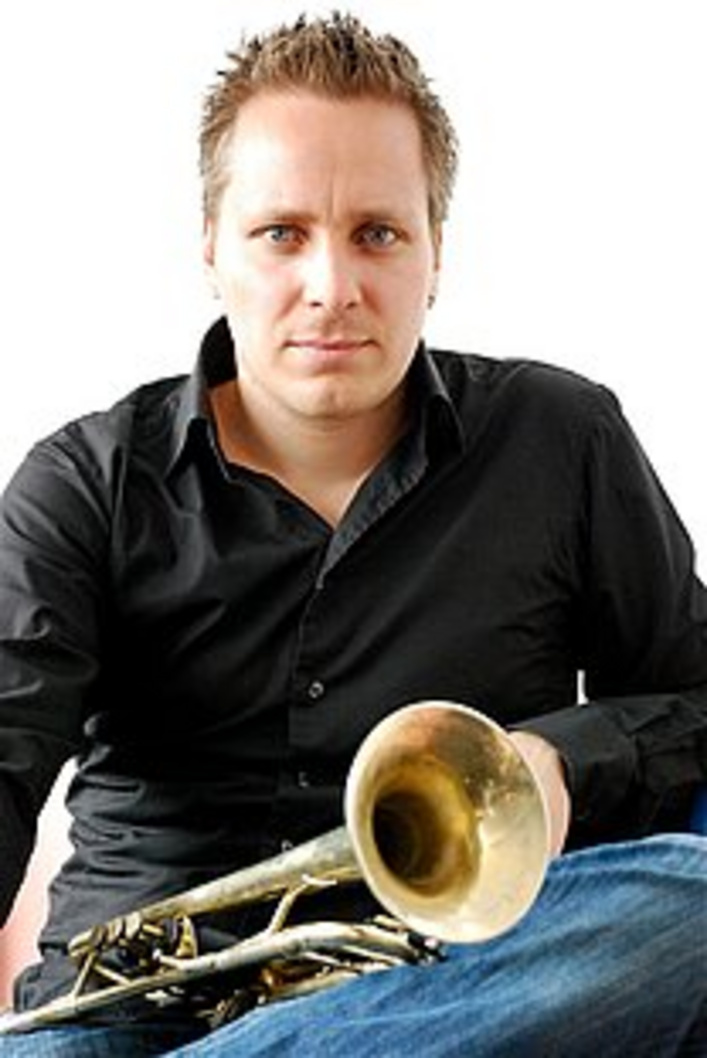 Jan Schneider, born 1978, studied jazz trumpet under Andy Haderer at the Cologne University of Music from 1999 to 2004. From 2000 to 2003 he played in the NRW Youth Jazz Orchestra and from 2002 to 2005 in the National Youth Jazz Orchestra under the direction of Peter Herbolzheimer.

Jan Schneider has worked as a professional trumpeter and music teacher for 15 years. He has performed at numerous national and international jazz festivals such as the North Sea Jazz Festival, Jazz Festival Saalfelden, Jazz Festival Burghausen and the Stuttgart Jazz Open. Concert tours have taken him to locations including Belarus, South Korea, South Africa, Venezuela and India.

In the past few years Jan Schneider has made a name for himself, in particular as lead trumpeter in productions across the whole of Germany. In addition to numerous CD and studio productions he regularly performs in theatre, radio and TV productions as well as concert tours.
The list of musicians, bands and orchestras with which Jan Schneider has worked ranges from jazz to pop music: for example Lalo Shifrin, Peter Herbolzheimer, Michael Riessler, Darcy J. Argue, Paquito D´Rivera, WDR Big Band, Brings, Sportfeunde Stiller, Stefanie Heinzmann, Max Mutzke, Pee Wee Ellis, Nuremberg Symphony Orchestra, Bergische Symphony Orchestra and the DSDS Band.
At present Jan Schneider can be seen playing with Cologne Contemporary Jazz Orchestra, Tom Gaebel & Band, the Thilo Wolf Big Band, the 1st Klaas Quintett and Trovaci.

Since 2001 Jan Schneider has worked as assistant professor for Trumpet and Ensemble Work at the Open Jazz House School. In addition he gives workshops for wind ensembles, big bands and orchestras, for example, at the Stadt-Klang-Fluss music festival and the Orchestra Campus of Bonn's Beethovenfest.
Since 2009 he has been assistant professor in the Jazz undergraduate program at the Open Jazz House School in Cologne. Since the 2009 summer semester Jan Schneider has had a teaching assignment for Big Band and Ensemble Conducting at the Cologne University of Music and Dance.
Since 2014 he is teaching as an assistant professor of specific tasks in the Ensemble (jazz/pop/experimental) department at the Institute For Music And Media at the Robert Schumann School of Music and Media.